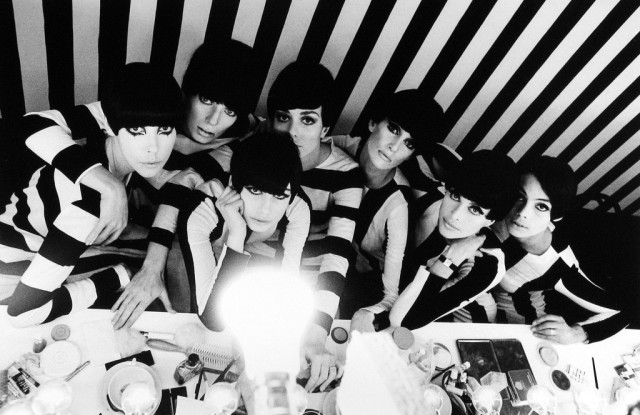 His pictures from the 1950s and 60s were an uncompromising rejection of all rules of photography in that era. He started his artistic career as a painter in Paris until he discovered his passion for photographer in the beginning of the 1950s.

First, he used the new medium to present abstract issues. Soon, however Klein became enthusiastic about showing the possibilities offered in the real world. In 1954 he got the chance to work as a fashion photographer for “Vogue”. But his career was heavily influenced by his ironic attitude to the world of fashion. He didn’t want to carry on with the mundane poses of fashion photographers but simply go his own way. He wanted to “take real pictures and break clichés and taboos”. In fashion photography Klein used an incredible light and put his focus on far-angle shots and strong tele-zoom lenses. One of his trademarks was deliberate motion blurs which made the characters in his images appear like ghosts.

Even though Klein was working for “Vogue” until the mid-1960s, his true talent turned out to be “serious photography”. He wanted to take realistic pictures of megacities. He wanted to show what New York, Moscow or Tokyo were really like and celebrated great successes with his photo books. After some years in photography Klein started to focus on film and created movies that were politically motivated and untypically staged. Only in the 1980s Klein would return to photography. Now the 90-year-old lives in Paris.