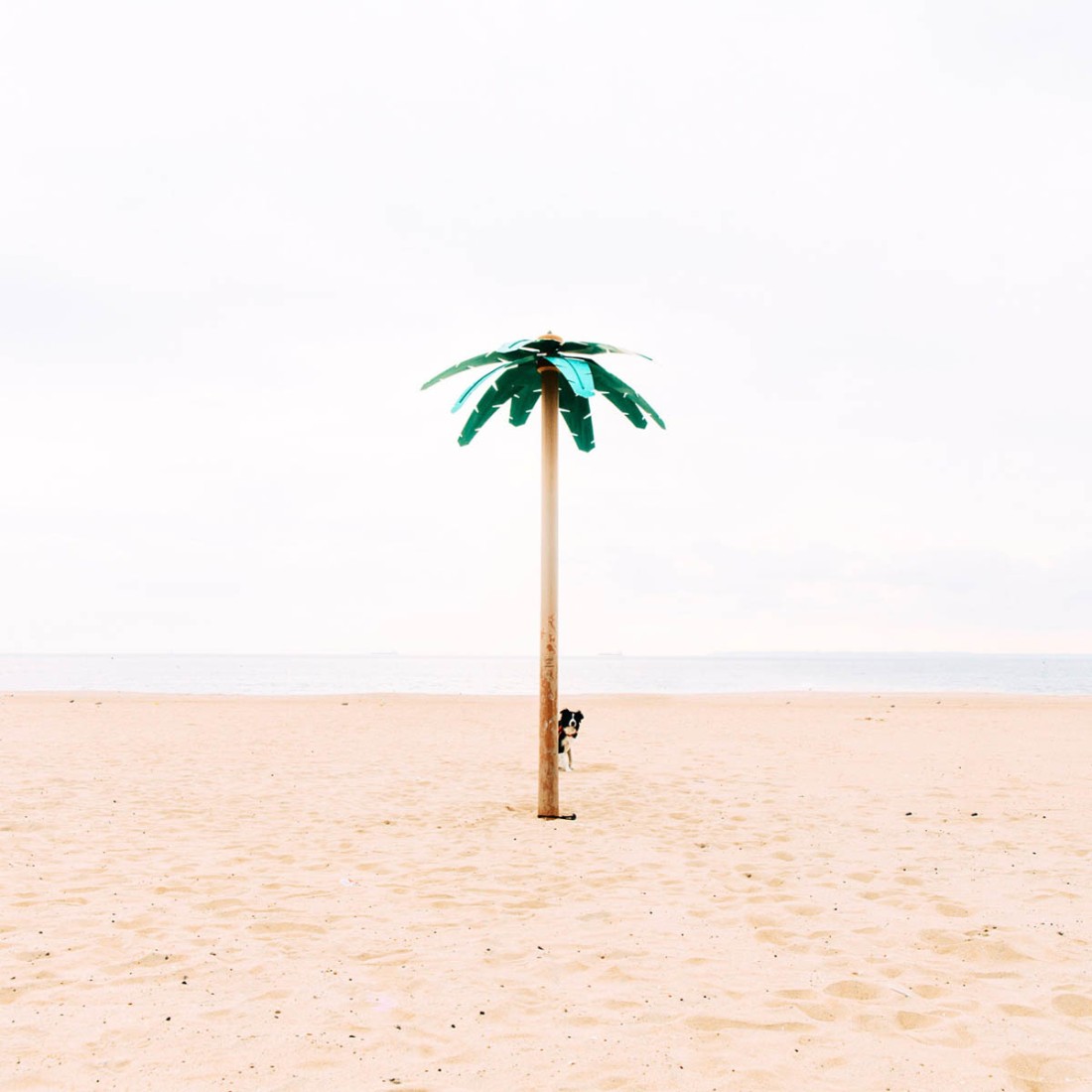 Do you remember Wally, Waldo, Walter or whatever the skinny guy with the red-and-white striped bobble hat was called,  where you are coming from? Wally was originally simply the main character in series of children’s’ books by the British author Martin Handford but by now he reached worldwide fame. The books about Wally contain mainly a series of detailed big format spread illustrations and readers are challenged to find Wally hidden in the group of people shown. As simple as this idea may sound to us now, millions of people loved it so much that the Wally books sold over 43 million times in over 33 countries and were published in 22 languages.

One that can hope of a similar career is Momo. Momo is a Border Collie dog which travels the world with his owner Andrew Knapp. Andrew, a Canadian photographer and designer, takes photos of Momo playing hide-and-seek in the most beautiful places. The results are a modern version of “Where is Wally?” which is far cuter than the original plus showcases the stunning photographs of the incredibly talented Andrew Knapp.
The idea for his photo project, so the photographer, started by coincidence and Momo didn’t have to be specially trained to play hide-and-seek. Every time Momo was waiting for a ball or a toy to be thrown for him he hid automatically behind something to lurk for his “prey”. Andrew simply realized the potential and turned it into something that over 619 thousand people on Instagram love today.

He also managed to make people to really pay attention to his photos. Far more than the average attention span in this imagine satiated world. While being on the look-out for Momo, instead of scrolling through the endless photo stream, one starts to learn how to really focus on details again.

I am a fan of Momo and Andrew for over two years now and I have to say; I’m thrilled whenever there is a new “Find Momo” photo online. Sometimes it actually takes me a couple of minutes to find him. 😉

Those of you who can’t get enough of Momo on Andrews Instagram profile or his Website  check out Andrews photo books or visit the “Let’s find Momo” page.

Find Momo in a cotton field. Some of you say this game is too easy, so this one’s for you. 🐶 #findmomo #findmomomonday

Ended up stranded in Albuquerque the week of the International Balloon Fiesta (the biggest in the world!). They’re not balls, Momo. I’m thinking of having a meet and greet with Momo on Tuesday, whaddaya think?

There's Momo under one of the few trees we found this morning in the Grasslands National Park. I'm shooting and exploring today for @tourismsask. Really excited to be here. I found out about the Grasslands earlier this year and I can already say it's worth the trip. #exploresask