No matter whether it’s insects, plants or natural phenomena like the aurora borealis, the Finnish photographer Joni Niemelä sees the beauty of nature in everything. Sometimes he even finds it where one would least expect it, like his albums Otherworldly Blues and Drosera, containing photos of carnivorous plants, show rather impressively. The special thing about his photos is the in macro photography unusual combination of big reproduction scales and large apertures. One could say that both his series are the antithesis to normal macro photography, where perfect lighting and a depth of field that is as deep as possible are two of the most important mantras. 😉 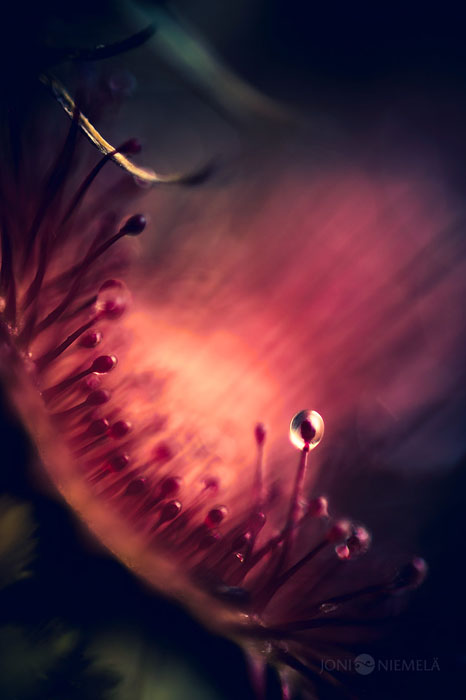 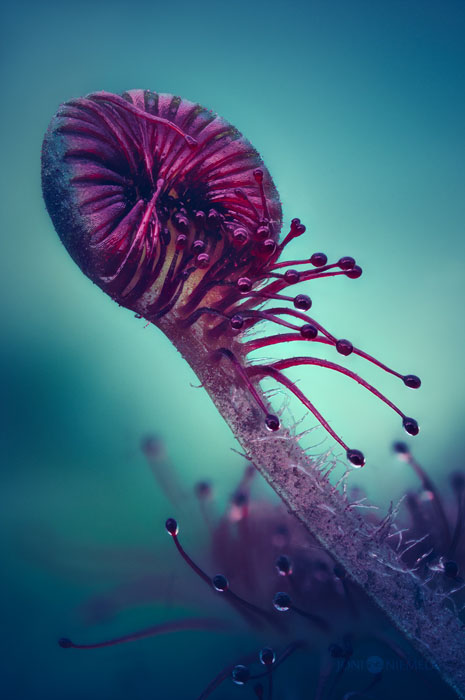 Not any less interesting are Niemelä’s other macro series, like The Life of Ants, Droplets and Moss. As you probably know, moss is among my favourite subjects as well. 🙂